Christmas wouldn’t be the same if we didn’t hear The 12 Days of Christmas being sung by choirs, carol singers, and family and friends.

This popular song, written by Frederic Austin in 1780, can often be heard throughout the festive season.

But what dates are the days of Christmas on? And how much do you know about the meaning behind the lyrics?

The First Day of Christmas – December 25. 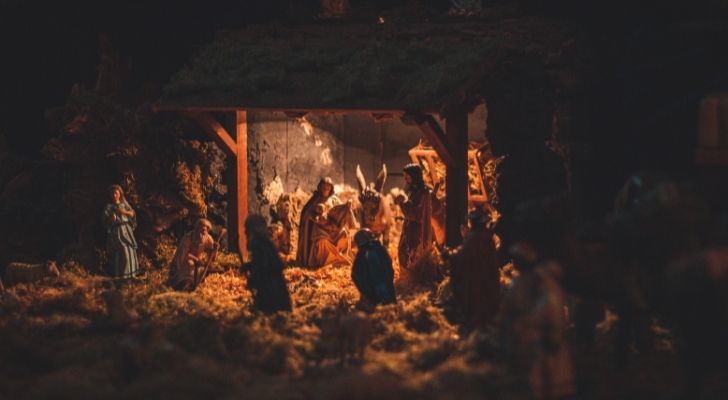 The “first day of Christmas” is Christmas Day itself – on December 25.

This 12-day period from December 25 has been treated as sacred and celebrated as the festive season for centuries. Twelvetide, as it was also known, dates as far back as the sixth century.

In the famous song, on the first day of Christmas, the author’s “true love” sends a “partridge in a pear tree.”

This line is commonly believed to mean that God (the true love) would send Jesus (the partridge). It reflects the Christian belief that God sent Jesus to be born as a baby on Christmas Day.

You might still be wondering why, of all the birds to choose from, writer Frederic Austin chose a partridge.

When looking after its young, a mother partridge will sacrifice her own life for her children. In the Christian faith, Jesus gave his own life to save people when he was later crucified as an adult.

The Second Day of Christmas – December 26. 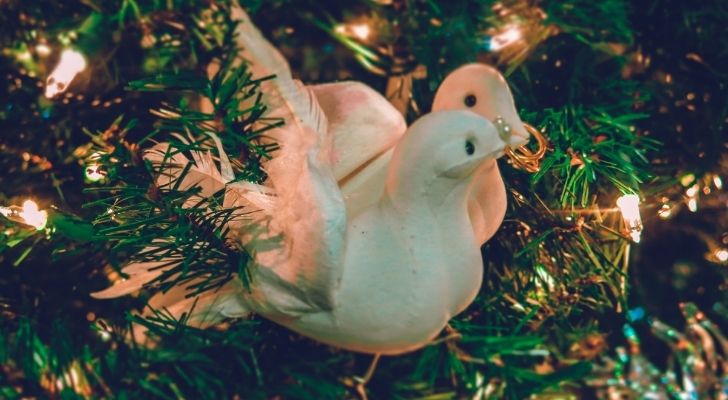 The “second day of Christmas” is also commonly known as Boxing Day in the West. It’s also referred to as the Feast of St Stephen within the Christian faith.

It is an official holiday in many countries, and Catholics use the day to honor St Stephen, who was martyred in 36 A.D.

The lyrics in the song include “two turtle doves,” which are reflective of the Old and New Testaments of the Bible.

Turtle doves have served as a sign of peace, love, and new life throughout history.

In Christianity, the Old Testament and the New Testament together are thought to complete God’s plan for the world.

The Third Day of Christmas – December 27. 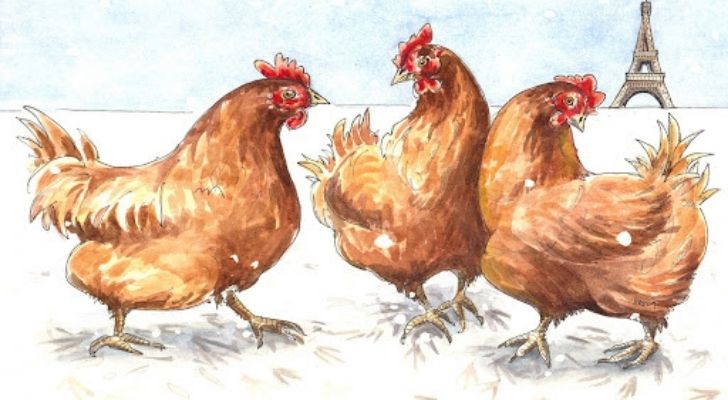 The “third day of Christmas” is also known as the Feast of St John – in honor of the apostle St John the Evangelist.

He is a particularly famous Biblical figure because he was described in the Bible as someone whom “Jesus loved.”

The “three French hens” gifted in the Christmas song represent faith, love, and hope. These are traditional Christian values mentioned in 1 Corinthians, a book of the Bible written by another apostle named Paul.

When he wrote about these values, Paul said they would last forever.

The Fourth Day of Christmas – December 28. 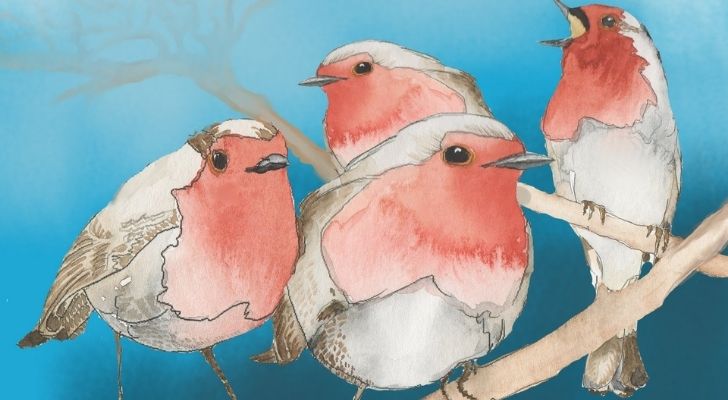 The “fourth day of Christmas” falls on December 28 and commemorates the baby boys who were killed when King Herod was searching for Jesus.

In the New Testament, King Herod felt threatened by the new baby Jesus and wanted to find and kill him. He was unsuccessful but ordered all baby boys in Bethlehem under the age of two to be killed instead.

The “four calling birds” in our festive song is believed to refer to the four evangelists in the New Testament – Matthew, Mark, Luke, and John.

Each wrote a book of the New Testament in which the title was their own name. They told their versions of the birth and life of Jesus.

Some historians believe that the song was intended to refer to “collie birds” – an ancient name for the blackbird.

The Fifth Day of Christmas – December 29. 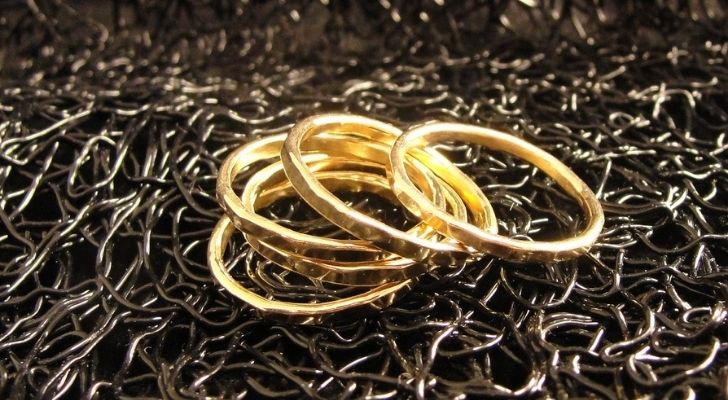 The “fifth day of Christmas” is also a day to remember Saint Thomas of Canterbury, most commonly known as Thomas Becket.

Thomas Becket was one of the most famous martyrs in the world and was murdered on December 29, 1170.

The “five golden rings” mentioned in the song reflect the first five books of the Bible.

These five books – Genesis, Exodus, Leviticus, Numbers, Deuteronomy – together make up the Pentateuch or Torah.

They are believed to be written by one of God’s most important prophets, Moses. Their stories include the creation of man and his fall from grace.

The Sixth Day of Christmas – December 30. 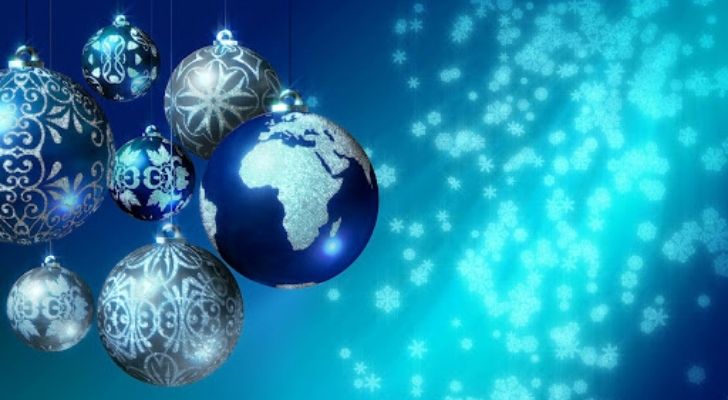 Arriving toward the middle of our 12 festive days, the “sixth day of Christmas” is believed to represent the six days of creation.

Christians believe that God created the world and everything within it over six days.

This story is covered in the book of Genesis, with details of what was created on each of the six days.

For some Catholics, December 30 is also a day to commemorate Saint Egwin of Worcester, who died in 717.

The Seventh Day of Christmas – December 31. 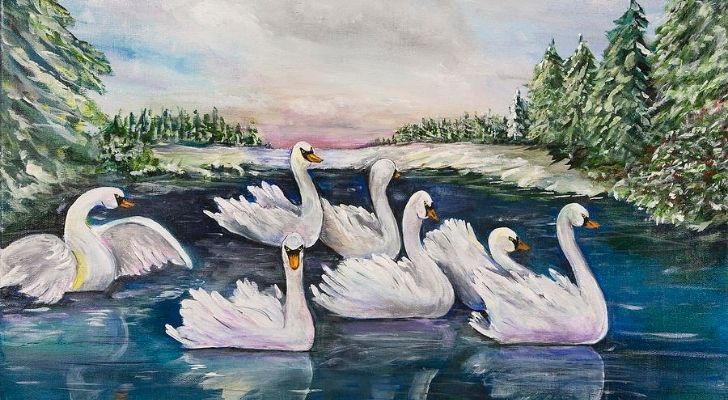 The “seventh day of Christmas” lands on the final day of the Gregorian calendar year. The number seven is commonly believed to represent completion and marks a day of rest within many narratives.

In most countries around the world, this day is now celebrated as New Year’s Eve.

The “seven swans a-swimming” which appear in the famous Christmas song reflect the seven sacraments of the Catholic church. These are baptism, confirmation, Eucharist, penance, anointing the sick, marriage, and holy orders.

Swans themselves also have a spiritual meaning since they are thought to symbolize purity and chastity.

They mate with one partner for life, reflecting monogamy and fidelity.

The Eighth Day of Christmas – January 1. 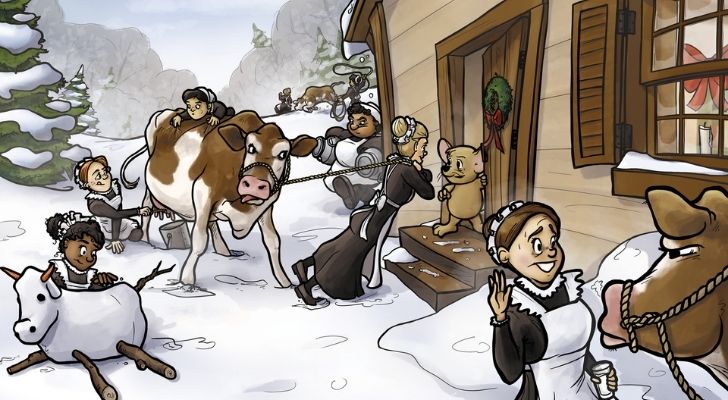 The “eighth day of Christmas” falls on the first day of the Gregorian calendar, commonly known as New Year’s Day.

In the Catholic church, January 1 is also a day to honor Mary, the mother of Jesus.

On the eighth day of Christmas, the songwriter receives “eight maids a-milking.” This is widely believed to represent the beatitudes – or extra blessings – of Jesus.

He bestowed these on the poor in spirit, those who mourn, the meek, those who seek righteousness, the merciful, the pure in heart, the peacemakers, and those who are persecuted.

The Ninth Day of Christmas – January 2. 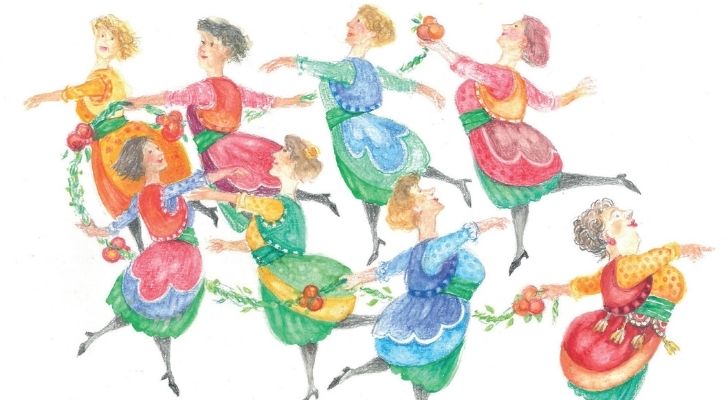 On the “ninth day of Christmas,” which falls on January 2, many Christians take a moment to remember St Basil the Great.

This historical figure died in the first century but is considered a key defender of the church.

The song “nine ladies dancing” corresponds with the nine “fruits of the spirit” listed in the Biblical book of Galatians.

The Tenth Day of Christmas – January 3. 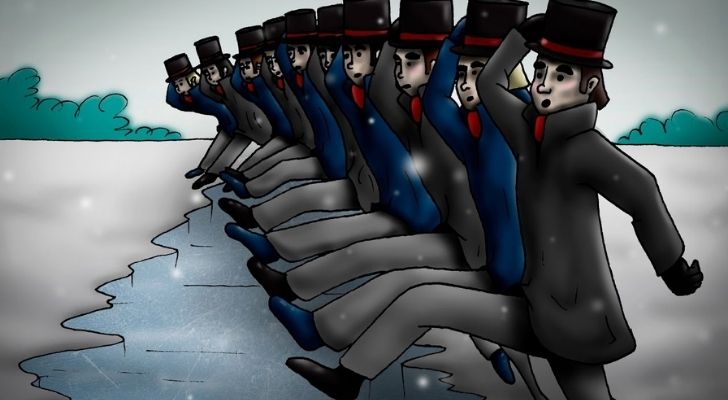 The “tenth day of Christmas” marks the Feast of the Holy Name of Jesus on January 3, first celebrated in 1530.

It is a chance to remember the moment Jesus was given his name, as told in the New Testament.

The “ten lords a-leaping” are referenced in the popular Christmas song and are symbolic of the Ten Commandments.

These are the ten principles that are considered the foundation of Christianity and Judaism.

The Eleventh Day of Christmas – January 4. 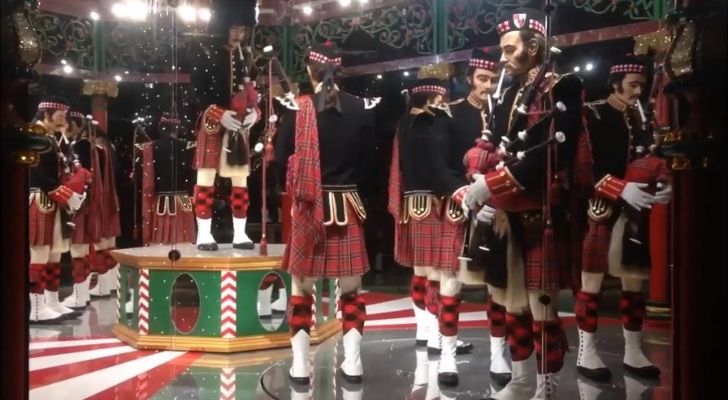 On the “eleventh day of Christmas,” a gift comes in the form of “eleven pipers piping.”

Pipers are traditionally thought to be musicians whom people are likely to follow.

The Twelfth Day of Christmas – January 5. 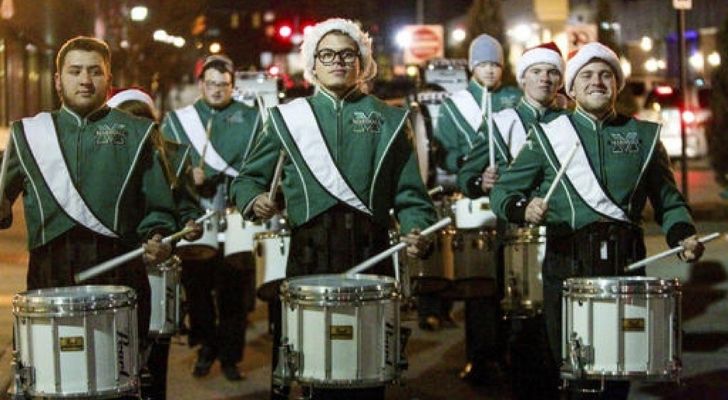 Coming to the very end of the famous twelve days, January 5 is also known as the Epiphany. It celebrates the revelation of the incarnation of Jesus as God.

The final gift from the song – the “twelve drummers drumming” reflects the Apostles’ Creed with its twelve points of doctrine.

These include beliefs that Jesus died and was resurrected and will return again.

The 12 Days of Christmas is full of deep meanings and religious symbols. Catholics were not always permitted to teach their children about their faith.

It led to creative songs such as this to convey a simple version of core religious values to others.